Share This Page
The prepackaged chapter 11 plan of reorganization of Applied Extrusion Technologies, Inc. (AET) and its affiliate Applied Extrusion Technologies (Canada), Inc., which was confirmed by the United States Bankruptcy Court for the District of Delaware on January 24, 2005, became effective on March 8, 2005. Young Conaway and Shearman & Sterling LLP were co-counsel to the company, and Miller Buckfire Ying & Co., LLC served as the company's financial advisor.

Based in New Castle, Delaware, AET is one of the largest North American manufacturers and suppliers of oriented polypropylene, or OPP, films, which are used primarily in consumer product labeling, flexible packaging and overwrap applications. The company decided to file a prepackaged plan of reorganization under the Bankruptcy Code as the best alternative to restructure its balance sheet and access new working capital while continuing to operate in the ordinary course of business. Its plan of reorganization was negotiated with the members of an ad hoc committee of noteholders and certain other noteholders who voted overwhelmingly to support the plan. Because the plan was fully solicited and voted upon pre-bankruptcy, the company was able to accomplish its chapter 11 restructuring very quickly and with little or no disruption to the business. The bankruptcy petitions were filed on December 1, 2004. 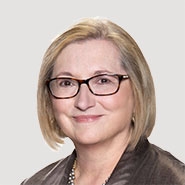