Young Conaway acted as lead counsel to Bonus Stores, Inc., in its chapter 11 proceeding in the United States Bankruptcy Court for the District of Delaware. Prior to its bankruptcy filing, the Debtor operated approximately 335 general merchandise stores under the names "Bill's Dollar Stores," "Bill's," "Bonus Dollar Stores," "Bonus Stores," and "Bonus SuperCenter." Under the guidance of Young Conaway, the Debtor sold substantially all of its assets to Variety Wholesales, Inc. in return for approximately $11.2 million in cash plus other related consideration. Thereafter, the Debtor confirmed a chapter 11 plan of liquidation and emerged from bankruptcy protection on September 20, 2004. 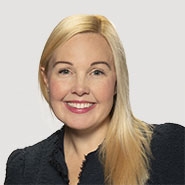