City of Newark and Fraternal Order of Police Lodge 4

Share This Page
The Employment Law Section has succeeded in obtaining an arbitration award denying the Union's grievance on behalf of a retired police officer. The officer retired before he was eligible for a pension, and claimed that when he became eligible six months later, he was also entitled to retiree health insurance benefits at that time. Arbitrator Ira F. Jaffee disagreed, pointing out that to be entitled to retiree health benefits, the officer had to be eligible for the "immediate" receipt of a pension when he left the police force. 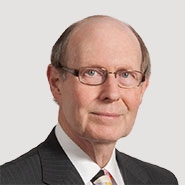