Share This Page
In a major defense victory in a statutory appraisal case, the Delaware Court of Chancery found that the fair value of The MONY Group Inc. ("MONY") was $6.03 less than the $31.00 per share price AXA Financial, Inc. ("AXA") agreed to pay to acquire MONY in July of 2004. Petitioner Highfields Capital had argued that the fair value of MONY at the time of the merger was in the range of $37-$47 per share.

The Court accepted AXA’s valuation methodology, which relied predominantly upon an industry-specific actuarial appraisal analysis, as well as a valuation approach that relied heavily on the actual price negotiated in the arms-length transaction minus synergies arising from the merger, which the Court found to account for nearly 20% of the merger consideration. In so doing, the Court rejected the petitioner's reliance on three traditional valuation methods, emphasizing the importance of relying on industry-specific valuation methods and looking to "the merger price in an appraisal proceeding that arises from an arm’s-length transaction."

Young Conaway's Corporate Counseling and Litigation Section handled the litigation of this matter, which involved the review and production of over one million documents and the testimony of numerous expert and fact witnesses, including principals of Highfields, which had been a vocal opponent of the AXA/MONY merger, members of AXA’s actuarial team, and former MONY directors and management. The examination of witnesses at trial and presentation of post-trial oral argument was split by partners Bruce Silverstein and Marty Lessner. 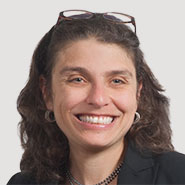