Alpha Entertainment LLC (aka The XFL)

Alpha Entertainment LLC, formerly doing business as the XFL football league, provided high-energy professional football, reimagined for the 21st century with many innovative elements designed to bring fans closer to the players and the game they love.  The XFL was not immune to the COVID-19 pandemic, however, and was forced to cease operations in the midst of its inaugural season.  Young Conaway was retained as restructuring counsel to Alpha Entertainment after Alpha Entertainment began facing cash flow issues as a result of the league shutdown.  Since the commencement of the chapter 11 case on April 13, 2020, Young Conaway led a chapter 11 sale process to preserve and maximize the value of the company’s assets, and on August 7, 2020, Alpha Entertainment obtained authority to enter into an asset purchase agreement with a group led by Dwayne “The Rock” Johnson, The Garcia Companies and Redbird Capital Partners for the sale of substantially all of the company’s assets.  The proceeds from the sale satisfied the prepetition financing obligations with Alpha Entertainment’s founder, as well as the secured obligations, and are funding the wind down and the chapter 11 cases. 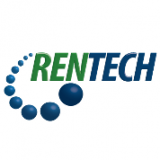 Young Conaway served as co-counsel to Rentech, Inc. and its affiliated debtors in their chapter 11 bankruptcy proceedings.  Prior to the Petition Date, Rentech was a large international wood fibre processing company, focusing primarily on the manufacture and sale of wood pellets.  Young Conaway helped Rentech strategically navigate the bankruptcy process, leading to the consummation and court approval of sales of two of Rentech’s primary business units that did not seek chapter 11 protection, and accomplishing the successful confirmation of the company’s chapter 11 plan.