Lauren E.M. Russell, Esquire is this year’s recipient of the William F. Taylor Award, given to an associate who provided exemplary pro bono legal service to the community and the Bar. Lauren devoted over 150 hours in 2012 to various pro bono matters. She teamed with Young Conaway attorney Michael Nestor to represent four children in a very complicated Office of Child Advocate case.

Lauren has continued to use her legal skills to advocate and support youth through the Street Law Program (a joint effort among Young Conaway, DuPont, and the New Castle County Vo-Tech School District) and her involvement in the Stubbs School Mentoring Program. If all of that was not enough, she also provided guidance to Congregation Beth Shalom, Aldersgate United Methodist Church and DVLS.

The Firm is pleased to present the Taylor Award to Lauren Russell and will contribute $1,000.00 in her name to the charity of her choice.

Curtis Crowther, Esquire is the 2012 recipient of the H. James Conaway, Jr. Award for exemplary pro bono service to the community and Bar. Curtis is well-known for his devotion to pro bono efforts. However, this year he distinguished himself and the Firm by leading the Young Conaway team in our representation of a famous Delaware artist and his wife.

In 2012, Curtis also handled a DVLS Petition for Termination of Parental Rights case, an OCA matter and another Court Appointment. A few years ago, Curtis received the DSBA’s top Pro Bono Award (now named for Christopher White), but it is time for Curtis to be recognized by his colleagues as well.

The Firm is pleased to present the H. James Conaway, Jr. Award to Curtis Crowther and will contribute $1,000.00 in his name to the charity of his choice.

In 2012, the attorneys and paraprofessionals at Young Conaway raised our pro bono contribution to over 8,000 hours. Our activities included work with DVLS, CLASI, the Office of the Child Advocate, the Federal Civil Rights Panel, the Veterans Appeals Program, the Street Law Program and our student mentoring and adoption of Stubbs School. 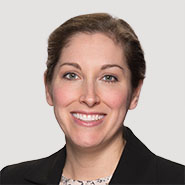