Young Conaway Stargatt & Taylor, LLP is pleased to announce that Brent Shaffer, has been accepted as a Fellow in the prestigious American College of Real Estate Lawyers ("ACREL"). The college is composed of the top real estate lawyers in the United States. Entry is invitation only and required Mr. Shaffer to complete a rigorous application and review process by his legal peers on a national level. Upon, his successful completion of the review process he was asked to join Eugene DiPrinzio, Dan Klein, Rob Krapf, and Dan Kristol of Richards Layton & Finger, and Don Isken of Morris Nichols as the only current DE Fellows in the College. He also joins YCST alums, Dick May and Bob Thomas, who also had tenures in ACREL.

Brent will be admitted at the College's Fall meeting in Baltimore, MD from October 22nd to 25th, 2015.

Congratulations Brent on receiving this honor. 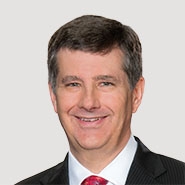