​Each year, Young Conaway Stargatt & Taylor, LLP  takes time to commend the entire firm on its significant pro bono accomplishments during the previous year. In 2013, the attorneys of Young Conaway again invested over 7,000 hours in various pro bono projects. This is the eighth year in a row that our attorneys have logged over 6,000 hours and the third time that we have exceeded 7,000 hours. In addition, this year is the second time that we tracked paralegal and other support staff pro bono hours and our paraprofessionals dedicated another 1,500 hours; raising the firm’s 2013 pro bono contribution to over 8,500 hours. Our activities included work with DVLS, CLASI, the Office of the Child Advocate, the Federal Civil Rights Panel, the Street Law Program and our student mentoring and adoption of Stubbs School.

The firm would also like to commend the following individuals for their individual pro bono efforts:

The recipient of the H. James Conaway, Jr. Award for exemplary pro bono service to our community and the Bar is David McBride. Dave has dedicated countless hours and spearheaded efforts to pass legislation to provide employment, housing and insurance protections for members of the transgendered community. As in prior years, Dave has also invested hundreds of hours as one of Delaware’s three Commissioners to the National Conference of Commissioners on Uniform State Laws; as an editor of the Delaware Lawyer; as a Member of the ABA Business Law Section’s Committee on Corporate Laws; as a Member and former Chair of the DSBA’s Corporate Law Section’s Executive Council; and as a Member of the Court of Chancery’s Rules Committee (a position in which he has served since 1994). Dave also handled an Office of the Child Advocate guardian ad litem matter last year; provided various pro bono and volunteer service to Westminster Presbyterian Church; and recently has taken on litigation on behalf of the New Castle Presbytery in a property dispute; and is working with the American College of Trial Lawyers and the Attorney General’s office to address urban blight in Wilmington. In all, Dave contributed over 450 hours in 2013 to these various projects.

This year’s recipient of the William F. Taylor Award, given to an associate who provided exemplary pro bono legal service to the community and the Bar is Maris Kandestin. Maris earned the Delaware Chapter of the Leukemia and Lymphoma Society’s 2013 “Woman of the Year” Award. After a 10-week fund raising campaign (vigorously supported by the firm’s attorneys and staff), Maris raised over $85,000. This was the most money ever raised by a Delaware candidate. In fact, Maris raised so much money that she is the first Delaware honoree to be able to name and direct a research grant with the contributed funds. Maris remains active with LLS and is a member of the nominating and planning committees for the 2014 Campaign, mentors other candidates, will Chair the 2015 competition, and has been nominated to serve on the LLS Board of Trustees (her term will commence in July, 2014). 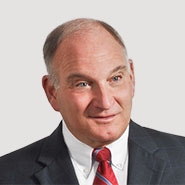