'It Just Brings Me to Tears,' Says Woman Exposed to Tuberculosis During Surgery

Five more Delawareans filed lawsuits this week against a medical company they say created a bone repair product that resulted in patients being exposed to tuberculosis following spinal surgeries.

The Centers for Disease Control and Prevention is investigating this rare TB outbreak linked to the bone graft, which has seen more than 100 cases nationwide.

The product in question, called FiberCel Fiber Viable Bone Matrix, is used as a bone filler in orthopedic and spinal surgeries. It is made of human tissue and designed to "maintain characteristics of natural tissue," according to the company's website. It has also been described as a bone putty product.

Richard Williams, 74, of Bear, became one of the first of these patients to file a lawsuit last week against Aziyo Biologics. Following his surgery in April, he tested positive for TB. His lawsuit says nearly two dozen Delawareans underwent surgery with this infected product. It's unclear how many have tested positive for TB, but all of those who have been exposed are undergoing treatment.

Wilmington lawyer Timothy Lengkeek, who is representing the five Delaware patients who filed their individual suits Wednesday, said his clients are citing negligence against Aziyo. The families, he said, are hoping the lawsuits provide answers about how they were exposed to TB.

He believes there could be more patients in Delaware.

Read more (subscription may be required)... 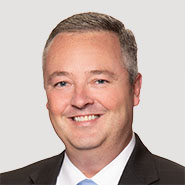