Martin S. Lessner was quoted by Jody Godoy in her recent article entitled, "Influential Women In Securities Law: Sandra Goldstein" which was featured by Law360.

The article discusses the career of Sandra Goldstein of Cravath Swaine & Moore LLP.  Ms. Goldstein has been distinguished by Law360 as one of the Influential Women in Securities Law due to her landmark victories for Xerox and Barnes & Noble and her reputation as a formable litigator and strategist.

Mr. Lessner who has worked with and against Ms. Goldstein, noted that she was a "tenacious opponent" in the Barnes & Noble case, where he represented a Burkle-held fund.  He was also quoted as saying “She was the one that was in charge of those issues and was in the trenches, not a partner who parachuted in after others had presented her with discovery in a nice package.” 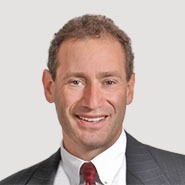