Scott Holt was quoted by Jeff Mordock in his recent article entitled, "Edge Moor Workers Will Be Paid After Closing, "which was featured in the Delaware News Journal.

The article discussed how Chemours Co.'s closing of Edge Moor plant complies with the Worker Adjustment and Restraining Notification, or WARN Act. The article revealed that Chemours informed workers on August 20, it would close the Edge Moor facility at the end of September, which is a roughly 40-day window. The WARN Act require companies, with more than 100 employees to notify workers within 60 calendars days in the event of a plant closing. Chemours has opted to have employees working into October at a defunct plant, fulfilling its legal obligations.

Scott noted that "even if Chemours decides to have workers stay home, the company would follow federal law as long as employees receive pay for at least 60 days." He went on to say, "companies can buy their way out of the WARN Act by giving pay-in-lieu-of-notice." Scott recommends that "if a company only gives 40 days notice, they can pay their employees for the 20 extra days" and it will "put them in compliance with the WARN Act." 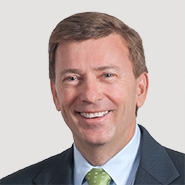