William W. Bowser, a Partner in Young Conaway’s Labor and Employment Section, has been appointed by Governor John Carney to Chair the Judicial Nominating Commission for the State of Delaware.

Since 1977, the Judicial Nominating Commission, composed of distinguished attorneys and laypersons, has assisted Governors of the State of Delaware in identifying highly qualified candidates for judicial appointments. The Commission submits the names of at least three candidates to the Governor for judicial vacancies arising in the Delaware Supreme Court, the Court of Chancery, the Superior Court, the Family Court, the Court of Common Pleas, and the Justice of the Peace Courts.

Earlier this year, William W. Bowser was Chair of Governor Carney’s Transition Team. The team researched and released its “Action Plan for Delaware”. The Action Plan will guide Governor Carney and his administration in the areas of economic development and environment, public safety, education and health, and budget and workforce.

Mr. Bowser is also one of two business leaders appointed to a one year term with the Delaware Pathways Steering Committee. Delaware Pathways is "a collaborative workforce development partnership which will create a fluid relationship between our public education system, post-secondary education, non-profit, and employer communities to ensure that the pathway to college and a well-paying job is accessible for every Delawarean, and to help the state fulfill the 'Delaware Promise' of ensuring that 65% of our workforce earns a college degree or professional certificate by 2025."

Mr. Bowser was selected by Best Lawyers in America© as the 2016 Lawyer of the Year for Management Labor Law. He is listed as a top employment lawyer (Band 1) in the 2016 edition of Chambers USA: America’s Leading Lawyers for Business. Mr. Bowser is General Counsel to the Delaware Public Employment Labor Relations Association and a frequent speaker on labor and employment law in Delaware and across the country. 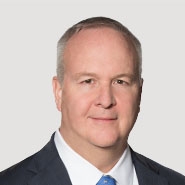