On July 22, 2020, in Woods v. Sahara Enterprises, Inc.,[1] the Court of Chancery considered a demand by Avery Woods, as trustee of the Avery L. Woods Trust (“Woods”), to inspect the books and records of Sahara Enterprises, Inc. (the “Company”), a privately-held Delaware corporation.  The Court permitted inspection of specified materials.

Three aspects of the Court’s ruling are worth keeping in mind when advising other clients:

First, valuation is a proper purpose, even where the stock is unmarketable.

Second, the absence of records may itself support an inference of wrongdoing or inspection of documents beyond board materials.

Third, records may be within the corporation’s possession, custody, and control, for purposes of inspection requests, even when held by a different entity.

Woods sought to inspect Company books and records to, among other things, value her interests and investigate wrongdoing in the form of self-dealing or failures of oversight.  Woods claimed that the Company’s consistent underperformance against market indices provided a credible basis to suspect wrongdoing justifying inspection.[3]

With respect to Woods’ investigation of potential wrongdoing, the Company asserted that SMCO held many of the books and records Woods requested and that the Company itself had no right to obtain them.  Therefore, the Company argued, Woods’ complaint should be dismissed as “moot[.]”[4]

Rather than find Woods’ request moot, the Court held that this defense “bolstered” her basis to suspect wrongdoing  The Court explained that “[t]he Company’s poor performance, without more, has not been sufficiently protracted or extreme to draw an inference of wrongdoing.”  However, the Company’s pre-trial position that it lacks many of the books and records sought conflicts with representations the Company made to stockholders that the creation of SMCO would not affect “the ability of stockholders to obtain information from the Company.”[5] The Court further reasoned that, even if SMCO maintained exclusive control over these books and records, the Company should have records indicating its “good faith reliance on and active oversight” of SMCO.[6]  If the Company has no records indicating its reliance on and oversight of SMCO, then the board may not be fulfilling its duty of oversight obligations—a credible basis to suspect corporate wrongdoing justifying inspection.[7]

At trial, “[t]he record establishe[d] that the humans who control the Company have control over the books and records necessary to respond to Woods’ request[, related to potential wrongdoing]. The same individuals sit on the board of directors for both the Company and SMCO.”[8]  Thus, the Court ordered that “[w]hen responding to the Demand, the Company shall also produce any documents nominally held by SMCO or Sahara Investments that the human controllers of the Company (its directors and senior officers) can access in the ordinary course of business.”[9]

Woods’ holding with respect to the implications to be drawn from the absence of records takes on particular importance when read in the context of recent cases applying Caremark,[11] particularly Hughes v. Hu et. al., 2020 WL 1987029 (Del. Ch. Apr. 27, 2020) and Marchand v. Barnhill, 212 A.3d 805 (Del. 2019).  Both Hughes and Marchand held that a plaintiff had stated a claim under Caremark International Derivative Litigation for a breach of the boards’ oversight obligations.[12]  Hughes explicitly determined that the absence of minutes and other board materials demonstrating the board’s oversight supported a reasonable inference that the board failed to oversee related-party transactions by company insiders.[13]  Marchand held that, where the board’s minutes did not specifically mention discussion of key safety issues, it was reasonable to infer that the board did not monitor those issues.  Each of the Caremark cases to proceed past a motion to dismiss within the last year began with an inspection demand.

The other point that bears repeating in light of Woods and recent Caremark litigation concerns the potential scope of production in response to a books and records demand.  Where board materials are not available, the Court has ordered broader production from other sources.  See KT4 Partners LLC v. Palantir Technologies Inc., 203 A.2d 738, 742 (Del. 2019) (holding that where a defendant concedes that “traditional materials, such as board resolutions or minutes” do not exist, plaintiffs may be entitled to inspect emails because a company “cannot use its own choice of medium to keep shareholders in the dark about the substantive information to which § 220 entitles them.”).  Vice Chancellor Laster held that possibility open in Woods.  Thus, not only does a company run the risk of negative inferences where records are not created, but the directors themselves run a risk of personal email collection.

[11] In re Caremark International Derivative Litigation, 698 A.2d 959, 970 (Del. Ch. 1996) (finding that, under Delaware law, boards of directors have an obligation to monitor the company’s compliance with applicable laws by ensuring that systems of oversight are in place).

[12] Marchand v. Barnhill, 212 A.3d 805, 822-23 (Del. 2019) (reversing the Court of Chancery’s dismissal of a Caremark claim because even though the company was compliant with state and federal law, directors did not have in place an adequate monitoring system at the board level); In re Clovis Oncology, Inc. Derivative Litigation, 2019 WL 4850188, at *15 (Del. Ch. Oct. 1, 2019) (denying dismissal of a Caremark claim where the “Board consciously ignored red flags that revealed a mission critical failure” to comply with trial testing requirements in the development of a lung cancer drug); Inter-Marketing Group. USA, Inc., 2020 WL 756965, at *15 (Del. Ch. Jan. 31, 2020) (denying dismissal of a Caremark claim where the defendants could not show that its audit committee, charged with monitoring the integrity of the partnership’s oil pipelines, could not point to anything in the record to demonstrate that the committee actually performed its duties); Hughes v. Hu et. al., 2020 WL 1987029, at *14, 16 (Del. Ch. Apr. 27, 2020) (denying dismissal of a Caremark claim where the committee charged with duties of oversight met only sporadically and failed to produce records indicating that they were fulfilling their responsibilities). 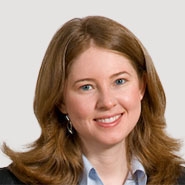