Young Conaway, along with co-counsel Debevoise & Plimpton, represented the debtors in connection with their $800 million debt restructuring, which was implemented through a consensual chapter 11 plan.  Young Conaway assisted the nation’s largest wedding retailer in meeting its goals to continue to provide uninterrupted, exceptional service to customers during the chapter 11 process and emerge from bankruptcy within two months of filing in time for the peak wedding dress retail season beginning in January 2019. 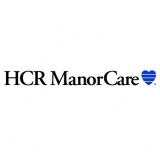 HCR ManorCare, Inc. and its non-debtor subsidiaries are a leading national healthcare provider that operate a network of more than 450 locations nationwide providing (a) skilled nursing and inpatient rehabilitation facilities, memory care facilities, and assisted living facilities (b) hospice and home health care agencies; and (c) outpatient rehabilitation clinics and other ancillary healthcare and related businesses.  HCR ManorCare, Inc. commenced its bankruptcy case to effectuate a prepackaged plan of reorganization satisfying the claims of a major creditor and improving its go-forward operations by, among other things, reducing its operating leverage.  Young Conaway was retained as co-counsel in HCR ManorCare, Inc.’s chapter 11 bankruptcy case with Sidley Austin LLP.

The J.G. Wentworth Company and its affiliated debtors are a leading diversified consumer financial services company focused on mortgage lending, personal and business lending, structured settlements, and prepaid cards.  The J.G. Wentworth debtors commenced their bankruptcy cases to effectuate a recapitalization of their balance sheet on a consensual basis in accordance with the terms of a restructuring support agreement with their primary stakeholders.  Following a mere 36 days, the J.G. Wentworth debtors’ pre-packaged plan of reorganization was confirmed and the company emerged from bankruptcy a week later.  Through the plan, the J.G. Wentworth debtors’ prepetition funded debt, which totaled $449.5 million, was eliminated and the company received $70 million in new funding.  Young Conaway was retained as co-counsel with Simpson Thacher & Bartlett LLP.