The Second Quarter 2016 issue of Directors & Boards focused on Directors' Duties. In the article entitled, "The Government's giant shadow in the boardroom," authors Charles Elson and Nichols Goossen determined that the government can have profound influence over board function. The principal objective for government, bolstering societal benefits, can often be at odds with a board's duty to maximize shareholder benefits. Regardless of how a director is chosen, all are subject to the same legal fiduciary obligations. The authors conclude that, "[g]overnments as equity holders and occupiers of board seats are, any way you look at it, bad news for their fellow corporate directors and, ultimately, the investing public."

The topic of the above article was the focus of an earlier panel discussion titled, "The Government as Regulator and/or Shareholder: The Impact on Director Duties," which was held in October 2015 at the University of Delaware, John L. Weinberg Center for Corporate Governance. Panelist Rolin Bissell noted that when governments participate in boards, they assume the role of regulator and/or shareholder and/or lender/guarantor. "The government has interests as a creditor...[these] interests tend to diverge from the interests of the stockholders- so you have this additional tension. Delaware corporate law deals with this tension in its Section 303, which says basically to the extent there is a conflict between what Delaware corporate law requires, bankruptcy law wins." Delaware corporate law Section 303 suspends corporate governance rules for the duration of the bankruptcy. The issue "is that the federal government has come into a number of these institutions where it is a shareholder and it gives no indication that it is ever going to leave...we're going to have to figure out how the governance works with them in the house for an extended stay."

Download PDF to read the complete article from Directors & Boards and additional quotes from the panel (which included The Honorable Collins J. Seitz, Jr.). 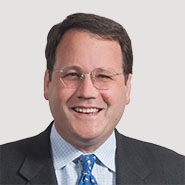