We are pleased to announce Young Conaway Stargatt & Taylor, LLP was selcted as an honoree in the 2015 Global Legal Awards by The American Lawyer and its parent company ALM Media in the following major category:

Norm Powell acted as Delaware counsel on the Freeport LNG (Liquefied Natural Gas) transaction. Freeport LNG owns and operates a 2bn cubic feet per day LNG regasification facility in Freeport, Texas. Freeport LNG aims to develop one of the world’s largest natural gas liquefaction and export facilities. The US$11bn LNG transaction was deemed the most significant deal in 2014 project finance based on not only its size but the “first-of-its kind contractual structure in the LNG industry utilizing liquefaction tolling agreements.”

The event for all honoress will take place on September 28th at Gotham Hall, 1356 Broadway, in New York City, with dinner and a award presentation at 7:00pm. At this event, the Grand Prize Winner of the Global Finance Deal of the Year will be announced. 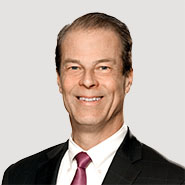