Share This Page
Young Conaway acted as co-counsel to the Official Committee of Unsecured Creditors in the Loewen Group International, Inc. chapter 11 case. Loewen owned or operated more that 1,100 funeral homes and more than 400 cemeteries across the United States, Canada and the United Kingdom. Loewen's domestic bankruptcy case ran in tandem with its petitions filed under the Canadian Companies' Creditors Agreement Act in Vancouver, British Columbia. Because of the depth of its bankruptcy practice, Young Conaway was uniquely qualified to represent the Official Committee and to handle the difficult cross-boarder bankruptcy issues, which resulted in Loewen's successful prosecution of a chapter 11 plan of reorganization. 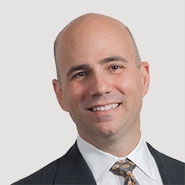