Young Conaway Stargatt & Taylor, LLP is pleased to announce that Partner Anne Shea Gaza has teamed with Judge Leonard P. Stark to co-author a judicial profile of Hon. Mary Pat Thynge, Chief U.S. Magistrate Judge, District of Delaware. The profile, appearing in the latest edition of The Federal Lawyer, highlights Judge Thynge’s work as the longest serving U.S. Magistrate Judge in the history of the District of Delaware.

Called, “95 pounds of the toughest human being ever encountered,” this fascinating profile of Judge Thynge recounts her career on the bench, and the life experiences that influenced her strong character, intellect and commitment. Judicial peers, lawyers that have practiced before her, family, and friends are quoted throughout the article, and give a comprehensive picture of one of our nation’s most learned jurists.

The Federal Lawyer is the official publication of the Federal Bar Association, and is the only magazine written and edited for lawyers who practice in federal courts or have an interest in federal law as well as judges who sit on the federal bench. The editorial content covers a broad range of topics including immigration, Indian, antitrust, labor and employment, bankruptcy, criminal, intellectual property, environmental, and other types of law that fall within federal jurisdiction. The publication also produces a Judicial Profile index for subscribers that is organized by circuit and district.
______________________________ 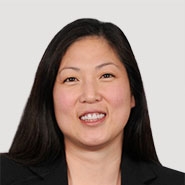