Triangle Petroleum is an independent energy holding company with a strategic focus in the Williston Basin of North Dakota.  Triangle Petroleum commenced its bankruptcy case to consensually restructure approximately $167 million in secured not obligations in accordance with a pre-packaged plan of reorganization, which was confirmed after approximately six weeks.  As a result of Triangle Petroleum’s plan, JP Morgan Securities, LLC obtained 100% of the new common stock of the reorganized entity, and general unsecured claims were left unimpaired. Young Conaway served as co-counsel to the debtor with Paul, Weiss, Rifkind, Wharton & Garrison LLP, and served in a lead capacity in many aspects of the case. 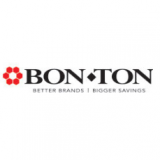 The Bon-Ton Stores, Inc. and its affiliated debtors were a leading hometown department store retailer with 256 stores located in twenty-three states in the Northeast, Midwest and upper Great Plains.  The Bon-Ton debtors commenced their bankruptcy cases due to adverse trends in the retail industry, including consumers’ shift from shopping in brick-and-mortar stores to online retail channels.  Following a marketing and sale process and auction, the Bon-Ton debtors ultimately sold substantially all of their assets to a joint venture led by Bon-Ton’s second lien noteholders.  Young Conaway was retained as co-counsel in Bon-Ton’s bankruptcy cases with Paul, Weiss, Rifkind, Wharton & Garrison LLP.

Young Conaway served as lead counsel to Allen Family Foods, Inc. and certain of its affiliates, in their chapter 11 proceeding in the United States Bankruptcy Court for the District of Delaware. The Allen Group was a family-owned and operated, vertifcally intergrated poulty producer, and had grown from a single hatchery located near Seaford, Delaware, to an industry leader in each of its core operations: breeding, hatching, feed millinig, growout operations, processing and rendering. The Debtors offered a wide array of retain private-label chicken products including, but not limited to, bulk, deli, tray pack and antibotic-free products. With Young Conaway's guidance, the Debtors successfully liquidated their assets, confirmed a joint chapter 11 plan of liquidation and emerged from bankruptcy protection on January 2, 2013.

Young Conaway acted as co-counsel, with Paul Hastings, LLP, to Contract Research Solutions, Inc. and certain of its affiliates, in their pre-negotiated chapter 11 proceeding pending before the United States Bankruptcy Court for the District of Delaware. The Debtors are a leading provider of early phase clinical research services. With the assistance of Young Conaway, the Debtors successfully sold substantially all of their assets, confirmed their joint liquidating chapter 11 plan and emerged from bankruptcy protection on October 23, 2012.